An ebook cover created with Indesign CS6 and Photoshop CS6.

This is a draft written with iA Writer, a markdown editor which will export PDF, HTML, Markdown, and text. “This has smart quotes.” Isn’t that special?

What shall this be about? Perhaps a bold list:

A rule is good too and a highlighted line of text!

How much of this will export to HTML to be posted on WordPress? Shall we see?

This is a test of a markdown plug-in for Windows Live Writer available on Github. Testing bold. Testing italic.

The plug-in provides a markdown editor and a live preview. I suppose this would be useful for people who use markdown extensively in their work. The plug-in can be downloaded from: https://github.com/fresky/MarkdownInLiveWriter

note: This plug-in works with Windows Live Writer, but doesn’t seem to be available for Open Live Writer (an open source replacement for WLW)

A Digital painting from 2012 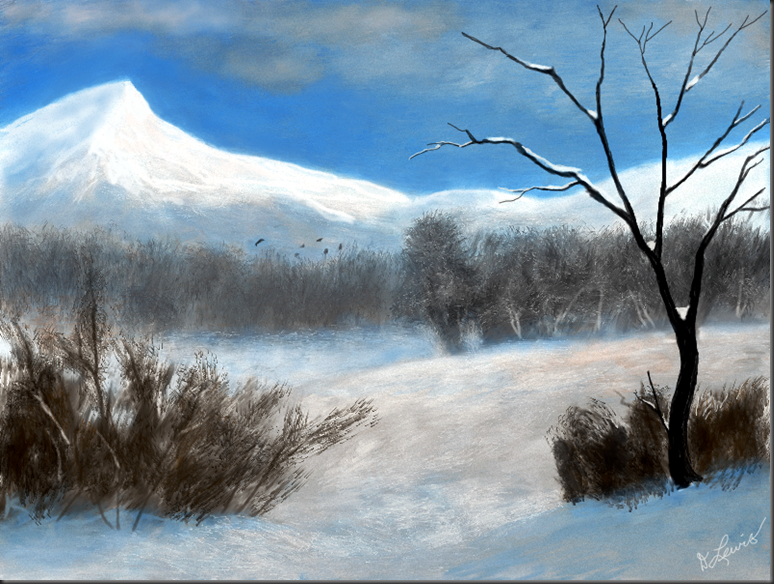 A digital painting from 2014

I place a barrier that none can pass,
Barrier of the gods, that none may break,
Barrier of heaven and earth that none can change,
Which no god may break,
Nor god nor man can loosen,
A snare without escape, I set for evil,
A net which none can escape, I spread for evil.
Whether it be evil spirit, or evil demon, or evil ghost,
Or evil devil, or evil god, or evil fiend,
Or hag-demon, or ghoul, or robber-sprite,
Or phantom, or night-wraith, or handmaid of the phantom,
Or evil plague, or fever sickness, or unclean disease,
Who has attacked the shining waters of Spicewood,
May the snare of Spicewood catch it;
Or who has assailed the peace of land,
May the land  trap it;
Or any who broke the barrier,
Let not the barrier of the gods,
The barrier of heaven and earth, let it go free;
Or he who does not revere the great gods,
May the great gods entrap him,
May the great gods curse him;
Or he who has attacked the house,
Into a closed dwelling may he be damned;
Or those who circle round about,
Into a place of darkness without escape may they be cast.

The world we believe to be real is an illusion created by propaganda, lies, and misinformation hammered into our minds through constant hypnotic repetition and social programming from media owned by those who hide in the shadows. From the moment we are born, we are told how to perceive the world, what to believe, and how to behave if we want to be judged normal and avoid being sent to a concrete box with bars. No two people see the world the same so our individual illusion of the world—although most times similar to those in our household, neighborhood, state, nation, and culture—is not a completely shared construct.

We are puppets in a world we think is the result of our own free-will and choices and we never notice the strings leading into darkness. Strings which guide us to insane ideas and beliefs about our fellow humans which lead to wars, hatreds, and hostilities toward anyone we are told to despise, usually with no evidence. No one benefits from the irrational lies and fantasies distorting the nature of reality except the unseen figures who pull the strings and get richer by the destruction of millions of lives and the looting of public resources.

“Since I entered politics, I have chiefly had men’s views confided to me privately. Some of the biggest men in the U.S., in the field of commerce and manufacturing, are afraid of somebody, are afraid of something. They know that there is a power somewhere so organized, so subtle, so watchful, so interlocked, so complete, so pervasive, that they had better not speak above their breath when they speak in condemnation of it.”

It has been this way for hundreds of years and the shadowy beings now have many ways to intentionally destroy us if we dare oppose them, although I think it is more likely our demise will be the result of hubris, overreach, and unintended consequences. One can only dumb-down the population so far without the likelihood of a colossal mistake occurring. A mistake which the script-readers on cable television will assure us no one could have seen coming.

The willing servants of our unseen masters tend a vast arsenal of warheads and missiles, operate nuclear power plants with cooling systems which will last only a fraction of the thousands of years this radioactive material will be lethal, create ever more deadly pathogens in secret bio-labs, and give autonomous computers control of doomsday systems which cannot be stopped once unleashed. On any given day, we are just one fat-fingered oops away from a planet-wide life-ending disaster.

“In vast laboratories in the Ministry of Peace, and in experimental stations, teams of experts are indefatigably at work searching for new and deadlier gases; or for soluble poisons capable of being produced in such quantities as to destroy the vegetation of whole continents; or for breeds of disease germs immunised against all possible antibodies.”

Perhaps the recent outbreak of bat-soup plague in China (wink) was one of these fat-fingered oops and it was not released intentionally, although the consequences for humankind will be the same no matter how it escaped its container.

“For they have sown the wind, and they shall reap the whirlwind.”

Regardless of what happens in the next months with this virus, there will be no crying for the dead from our hidden overlords in the shadows since the culling the underclass fills them with near orgastic pleasure. As George Carlin said: What do they want? They want more for themselves and less for you.

George did not name our masters nor did President Wilson, but if one pays even cursory attention to the domed whorehouse in Washington D.C., it soon becomes apparent who has bought and paid for the government and who our political whores must please (it is not you).